I celebrated 23 years sober this month—May 12, to be exact. About a year ago, I was talking to a dear friend who was newly sober, and our conversation shifted something in me. For the first time in my life, I realized that my sobriety isn’t a limitation. Sobriety isn’t even a “have to”—it’s a superpower.

In fact, right after the Netflix special launched, someone asked me about the “secret to my success,” and the first thing that came to my mind was my sobriety. Of course Steve, Ellen, and Charlie are huge factors, but I’m not sure Steve and I would have made it long enough to have Ellen and Charlie had I not been sober and trying to live an authentic, honest life rather than trying to outrun, outsmart, and numb vulnerability.

If you’ve read my books, you know the story:

One of the final projects in my master’s program was to develop a family genogram (a tool used by behavioral health professionals to help clients visually map out their family histories and relationships). After an hour-long fact-finding conversation with my mom, I was speechless.

In Rising Strong I write,

I realized that much of what had been dressed up as hard living was really addiction and mental health issues. Yes, there were wonderful folkloric stories of struggle, triumph, and rebellion, but there was also story after story of trauma and loss. I remember at one point in our conversation saying, “Jesus, Mom. This is scary. What the hell?” Her reply was, “I know. I lived a lot of it.”

I graduated two weeks after the call with my mom, and I stopped drinking and smoking and went to my first Alcoholics Anonymous meeting on May 12, 1996. One day after graduation. I wasn’t sure if I was an alcoholic, but during my teens and twenties my partying ranged from “she’s fun and wild” to self-destructive. And, I was and still am a believer in the adage, If you’re asking yourself if your drinking is problematic, then, at the very least, drinking is probably not serving you. And, if you’re scared shitless that your life won’t make sense if you stop drinking, find a friend to take you to a meeting and/or reach out to a mental health professional.

At first I struggled to feel “drunk enough” to belong at AA. Not many people ride into those meetings on a scary genogram. The DUI-divorce-got-fired stories made me wonder if I was in the wrong place. As a rule-follower, I found a sponsor and asked her if I was in the right meetings. She diagnosed me with “a pupu platter of addictions”—not too much of any one thing, but enough of each one to be concerned. Her advice was to quit drinking, quit smoking, quit emotional eating, and quit trying to control and manage my family’s crises. Awesome. On it.

I haven’t had a drink or cigarette in 23 years, and I’ve only really missed drinking three or four times—mostly when I need a way to medicate overwhelming anxiety. As much as I try to work a “live and let live” vibe, I’ve watched “civilized drinking” ravage the lives of so many families and friends that I’ve developed no interest in it at all.

The romance of wine clubs, scotch tastings, and “a few beers while we watch the game” is dead for me. I know there are many healthy, moderate drinkers (I’m married to a guy who drinks a 12-pack per year), but I also see drinking culture as a great cover for pain. And, as Father Richard Rohr says, “If we do not transform our pain, we will most assuredly transmit it—usually to those closest to us: our family, our neighbors, our co-workers, and, invariably, the most vulnerable, our children.”

As the mother of two teenagers who are navigating binge-drinking culture, I’m so proud that we raised our children in an environment where alcohol didn’t play a central role, and that we didn’t buy into the bullshit of “You need to just expect your kids to drink.”

We are very clear about our expectations and our combined family histories of addiction: We don’t expect you to drink until you are 21, and, if you do, there will be consequences. And here’s the family history you need to understand . . .” The evidence about early drinking ages and addiction issues is real. They deserve to know the facts.

Ellen recently told me, “When I got my license and you told me that if I ever drove after a sip of alcohol or got in the car with someone who had been drinking that I would never drive a car purchased by you, it was scary and I knew it was true.” When I asked her how she knew, she said, “Everyone’s parents say that about drinking, but they drink and a lot of them even drink and drive. You live this rule.”

The co-dependence stuff is something I’ve learned to recognize and work through in healthy ways. Turns out that resentment is a shitty but effective indicator light when I’m taking care of others in the wrong way. And by wrong way I mean trying to control situations by looking generous but really trying to protect my own self-interest. I love what Anne Lamott says, “Help is the sunny side of control. Stop helping so much. Don’t get your help and goodness all over everybody.”

Over the past two decades, food and work have emerged as my real drugs of choice. Like most addiction, they’re fueled by shame and the “not enough” gremlins. They’re also tricky addictions because I’m good at abstaining but not so good at moderation. Food and work don’t lend themselves to abstinence.

I once heard someone say, “Abstinence-based recovery is like living with a caged, raging, tiger in your living room. If you open the door for any reason, you know it will kill you. The non-abstinence-based addictions are the same, but you have to open the door to that cage three times a day.” Sounds about right.

I have my own program for food and work that’s an interesting combination of abstinence and contemplative prayer. It’s much harder because of that tiger thing, but I keep working on it. Maybe I’ll share more when the daily walks with the tiger become more predictable. Not easy, but more predictable. #PracticeOverPerfection

For now, I want to share three inspirations that form the cornerstones of how I live into my sobriety.

1. I went to AA meetings regularly during my first year of sobriety, and I still work the program. It’s not for everyone, but it makes sense to me. And, I’m unapologetic about taking what works and leaving the rest.

This passage from the AA Big Book is the truest and most important touchstone to my recovery:

That is the miracle of it. We are not fighting it, neither are we avoiding temptation. We feel as though we had been placed in a position of neutrality—safe and protected. We have not even sworn off. Instead, the problem has been removed. It does not exist for us. We are neither cocky nor are we afraid. That is our experience. That is how we react so long as we keep in fit spiritual condition.

For me, this means that if I stay in fit spiritual condition—boundaries, vulnerability, honesty, authenticity, connection to God, healthy food, exercise, and sleep—I will experience the miracle of neutrality. I won’t be running toward or away from cold beer or warm carbs.

2. Ten years after I got sober, my breakdown spiritual awakening started. In addition to not drinking, I had just quit sugar and bread for the first time. I thought I was going to come out of my skin. I sat across from my therapist, Diana, and said, “You need to give me something for my anxiety. I can’t take it. There’s nothing to take the edge off anymore. I’m freaking out.”

Diana calmly replied, “What do you want me to give you?”

She said, “Maybe we should talk about getting out of the briar patch?”

I was pissed. “Get out of the fucking briar patch? That’s your advice? Instead of giving me a new shell, you want me to live somewhere less prickly? Seriously?”

Diana said, “You don’t need to find a different place to live. Maybe we could just think about a different way to live. One that doesn’t require that heavy shell.”

We spent the better part of a year identifying the briar patch, and I learned how to be a turtle without a shell. Today, when I’m feeling poked and jabbed by life, my first instinct is still to reach for the shell, but now I catch myself. My briar patch is not enough sleep, too much work, too many expectations, resentment, perfecting, pleasing, proving, and a few other thorny things.

3. This last one is a quote from Mary Karr. I read it in an interview she did for The Fix. I recommend you read the entire interview—it blew me away.

That schoolmarm part of me—that hypercritical finger-wagging part of myself that I thought was gonna keep me sober—that was actually what helped me stay drunk. What keeps you sober is love and connection to something bigger than yourself.

When I got sober, I thought giving up [alcohol] was saying goodbye to all the fun and all the sparkle, and it turned out to be just the opposite. That’s when the sparkle started for me.

Today, I’m grateful for my sobriety and the sparkle it brought to my life. While I don’t do “fit spiritual condition” perfectly, I’m grateful for knowing what it takes, doing the work to get there, and for the gift of neutrality that it brings. And I’m grateful for the ability to recognize the briar patch and to know the freedom of not always lugging that shell around.

If you’re struggling, reach out and ask for help. Find a meeting. Get a therapist. Call a friend. We don’t have to do this alone. We were never meant to. 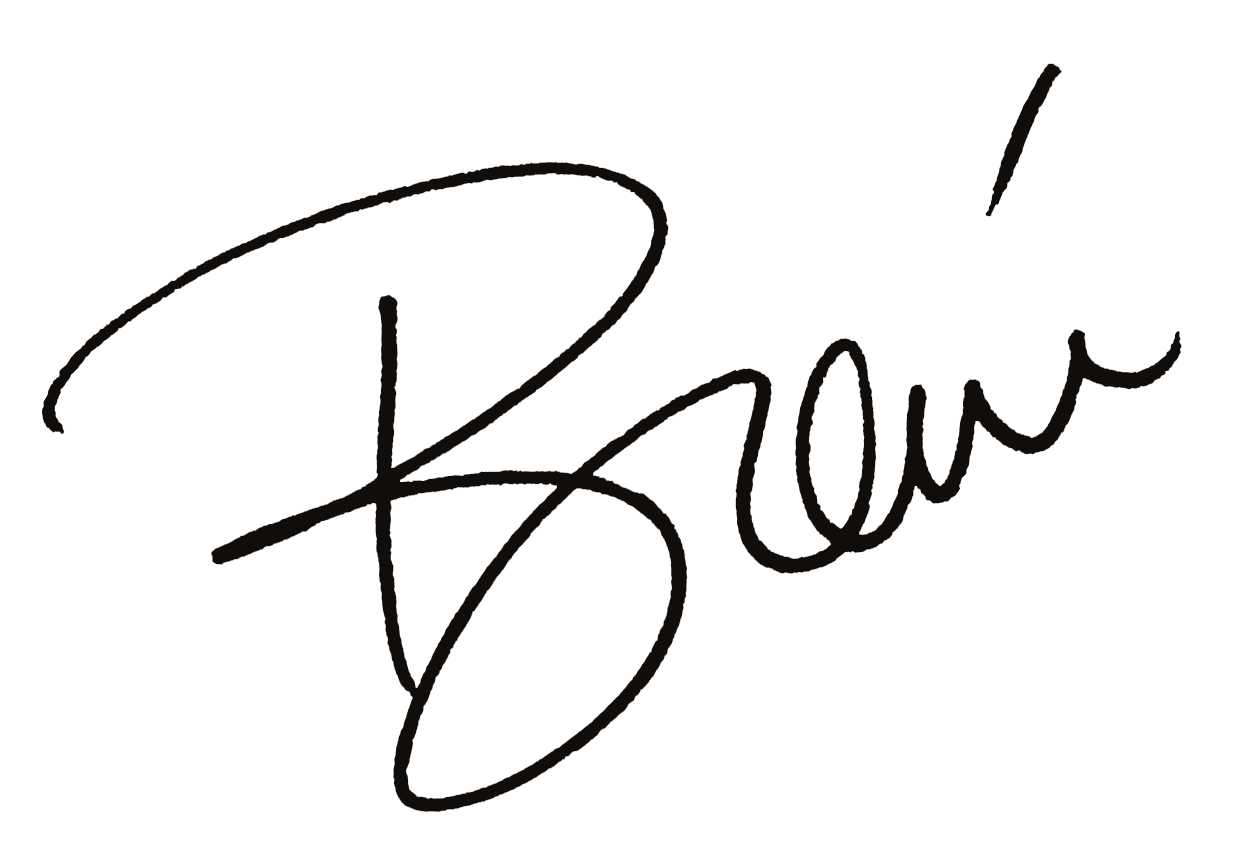