Tarana Burke and Brené
on Being Heard and Seen

Tarana is a good friend and one of my favorite people on earth. She has been working at the intersection of racial justice and gender equity for nearly three decades, and she started the “Me Too” Movement in 2006.  In 2017, when the #metoo hashtag went viral, Tarana emerged as a global leader in the evolving conversation around sexual violence.

In this episode we talk about how her theory of “empowerment through empathy” is changing the way the world thinks and talks about sexual violence, consent, and social justice. AND, we also talk/cry/laugh about falling in love, running as fast as we can from love, and the perils of sharing a bathroom with the guys we love.

For the latest from Unlocking Us 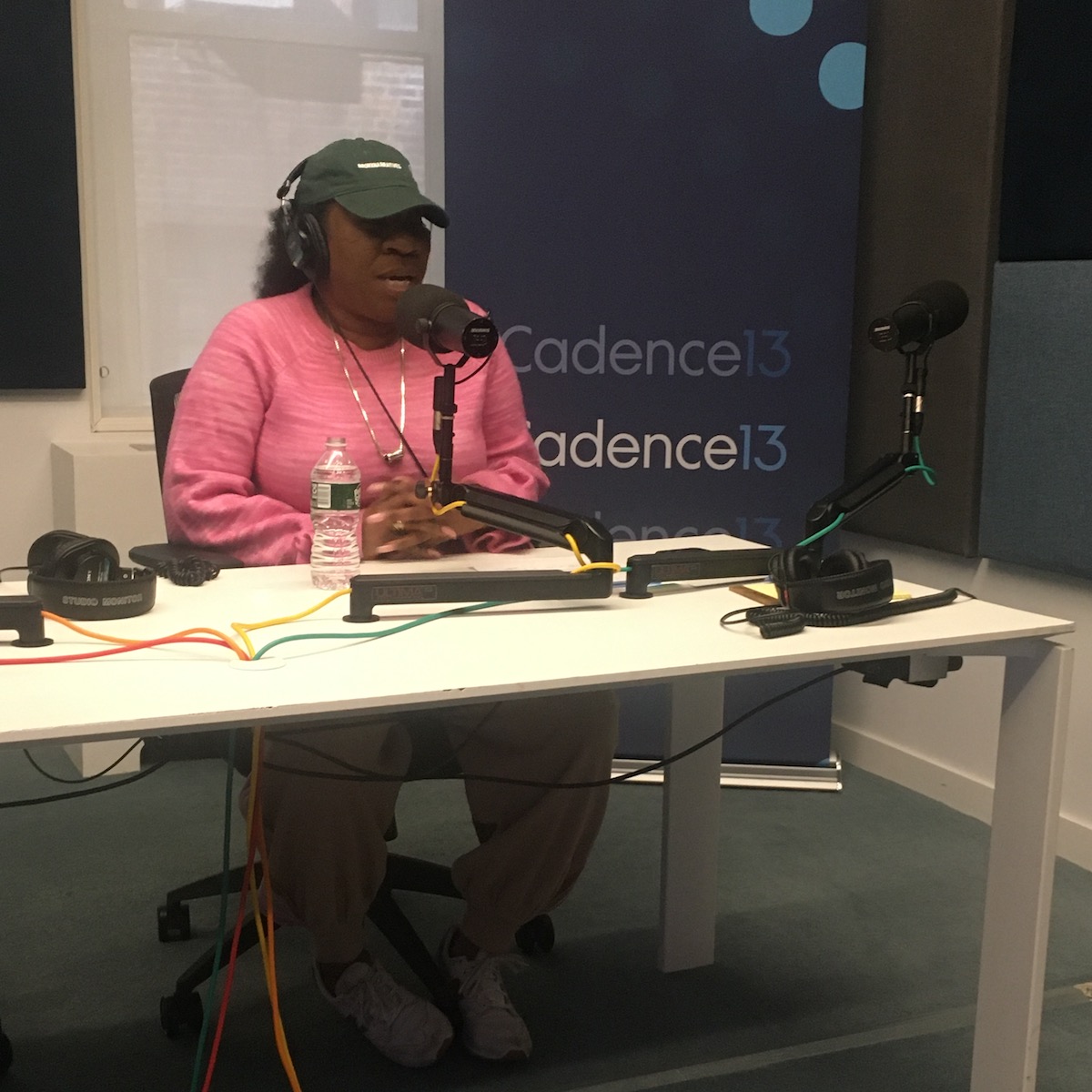 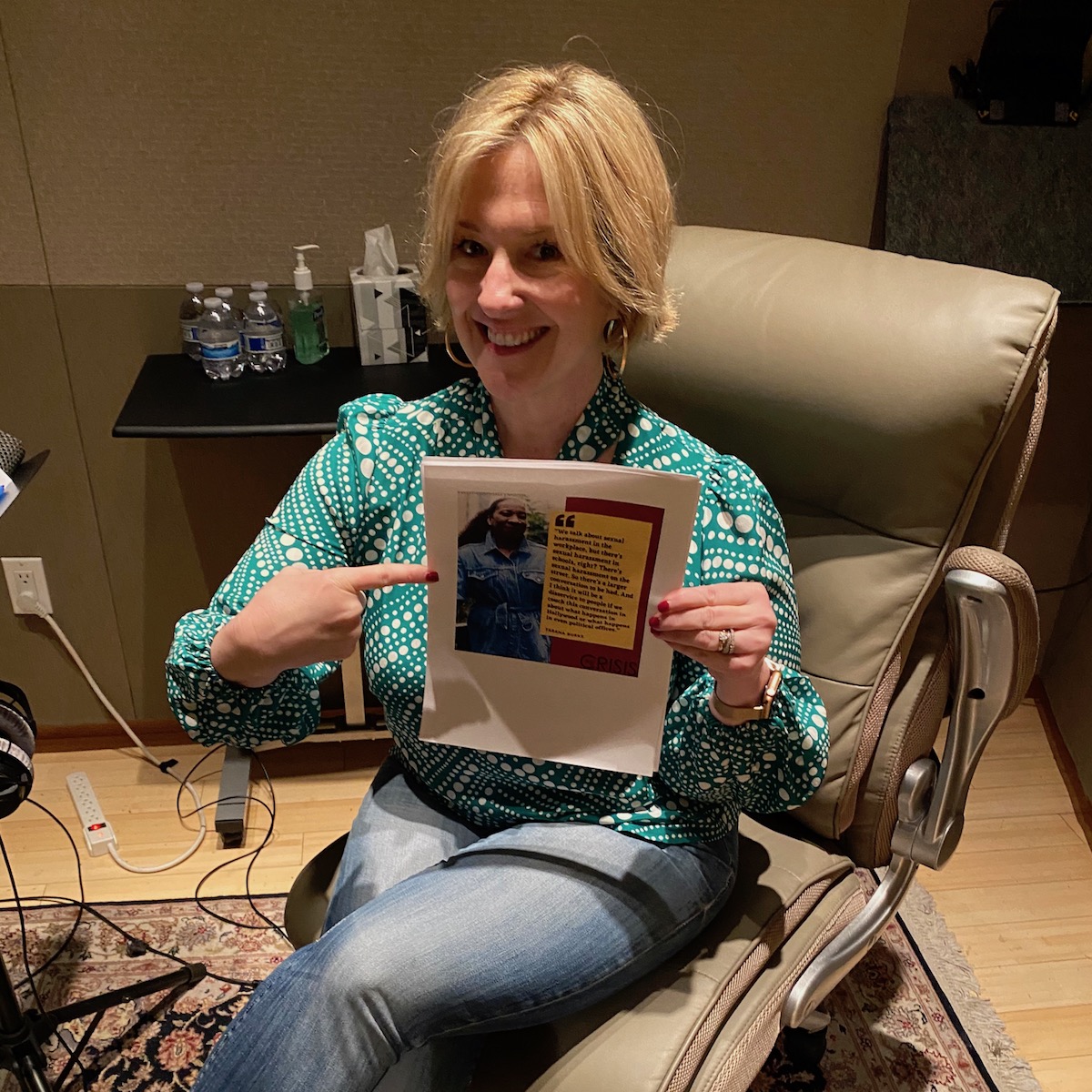 In a cab together

Tarana J. Burke has been working at the intersection of racial justice and gender equity for nearly three decades. Fueled by a commitment to interrupt sexual violence and other systemic issues disproportionately impacting marginalized people – particularly black women and girls – Tarana has created and led campaigns that have brought awareness to the harmful legacies surrounding communities of color.

Specifically, her work to end sexual violence has not only exposed the ugly truths of sexism and spoke truth to power, it has also increased access to resources and support for survivors and paved a way forward for everyone to find their place in the movement.

A proud native of the Bronx, NY, Tarana’s passion for community organizing began in the late 1980s; when as a young girl, she joined a youth development organization called 21st Century. She launched initiatives around issues like racial discrimination, housing inequality and economic justice across the city. That work, coupled with a desire to deepen her academic education and organizing skills led her to Alabama State University, a historically black institution. Her organizing and advocacy work continued throughout college and remains a pillar of her professional life.

Her career took an intentional turn toward supporting survivors of sexual violence upon moving to Selma, Alabama to work for 21st Century. She encountered dozens of black girls who were sharing stories of sexual violence and abuse, stories of which she personally identified. Tarana realized too many girls were suffering through abuse without access to resources, safe spaces and support. So in 2007, she created JustBe, Inc., an organization committed to the empowerment and wellness of black girls. The ‘me too.’ Movement was born shortly thereafter as an entry to healing for survivors and a way for young people to share their stories.

In 2017, when ‘me too.’ as a hashtag (#metoo) went viral, Tarana emerged as a global leader in the evolving conversation around sexual violence. She placed the focus back on survivors and the need for survivor-centered, survivor-led solutions. Her theory of “empowerment through empathy” is changing the way the world thinks and talks about sexual violence, consent and body autonomy. Tarana used her platform to share the longstanding belief that healing isn’t a destination but a journey, which has touched and inspired millions of survivors who previously lived with the pain, shame and trauma of their experience in isolation. Her steadfast commitment is what led her to receive numerous accolades including 2017 TIME Person of the Year, the 2019 Sydney Peace Prize, among many other honors and recognitions.

The Gifts of Imperfection by Brené Brown

Brené’s TEDx talk on shame – The power of vulnerability

WHAT’S OK: You are welcome to share an excerpt from the episode transcript (up to 500 words but not more) in media articles (e.g., The New York Times, LA Times, The Guardian), in a non-commercial article or blog post (e.g., Medium), and/or on a personal social media account for non-commercial purposes, provided that you include proper attribution and link back to the podcast URL. For the sake of clarity, media outlets with advertising models are permitted to use excerpts from the transcript per the above.

WHAT’S NOT OK: No one is authorized to copy any portion of the podcast content or use Brené Brown’s name, image or likeness for any commercial purpose or use, including without limitation inclusion in any books, e-books, book summaries or synopses, or on a commercial website or social media site (e.g., Facebook, Twitter, Instagram, etc.) that offers or promotes your or another’s products or services. For the sake of clarity, media outlets are permitted to use photos of Brené Brown from her Media Kit page or license photos from Getty Images, etc.